Warning: sizeof(): Parameter must be an array or an object that implements Countable in /homepages/10/d288546640/htdocs/acupofcopy.net/wordpress/wp-content/plugins/wordpress-firewall-2/wordpress-firewall-2.php on line 300
 1 Simple Way To Distinguish Yourself From The Competition – a cup of copy
Skip to content

I recently read a sales letter from a guy named Ross Browning.

Creativity is extremely under-played in copywriting these days. Most of what’s out there is badly written templates that have been recycled over and over and over again.

…But the worst part is the people who use these templates put no effort into making them original. They simply plug in their product name, and publish it to the web.

I say let’em have at it.

Because for those of us who do put effort into creating something unique and original – we get noticed.

When you take the time to craft a unique sales message – just by doing that you’re distinguishing yourself from your competition.

Because they’re probably using worn out templates, or something dull, dry, and frankly, boring.

The tactic? He held a sale. Nothing original there.

How he did it? Well, that’s another story.

He gave one of the funniest, and most personable, “reasons why” I’ve seen lately.

Here’s what he did…

Ross told the story of his newborn child. And how, when she was born, this teenage girl photographer came and took pictures of the baby with Ross and his wife.

And THEN – the girl left, and came back a little while later with a full slideshow of the pictures on her Macbook, with beautiful, emotional music playing.

…That’s just not fair, if you ask me.

“Get me those pictures!” his wife told him.

So he needed a quick $600. Turns out the teenage girl was quite the saleswoman, and charged quite a fee.

However, taking just a few minutes to come up with a good “reason why” makes such a drastic difference. You could really relate to Ross’s message, and you wanted to help the guy out!

Especially the parents out there. I’m sure they went bonkers over that letter.

Let’s check out another example… 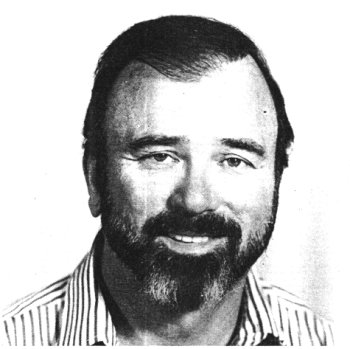 One of my favorite copywriters of all time, Gary Halbert, was once asked by a friend of his…

“Gary, I want to get a book on copywriting today. What should I get?”

Gary thought a moment, and then handed him his favorite novel.

And then Gary said something like, “You’ll get more out of reading master storytellers than you ever will reading a ‘how to’ book on copywriting. After all, copywriting is storytelling, and that guy has it down like no other.”

So… If one of the most renowned copywriters of all time is urging us to use creative story telling in our writing… We probably should, right?

What’s your take on all this?